Karen was part of the founding team of the Chelsea Fringe, the offbeat counterpart to the mainstream Chelsea Flower Show. In 2012 and 2013 Edible High Roads sprang up around London for the Chelsea Fringe, following Chiswick’s example. In Chiswick the Edible High Road featured some 50 fruit trees which were later planted in local school playgrounds and community gardens. The following year the Herbal High Road featured 75 little herb gardens outside local shops and left a herbal knot garden as a legacy on the local green.

All over London (NW6, W6, SE23, W12) other Edible High Roads were inspired by the example. 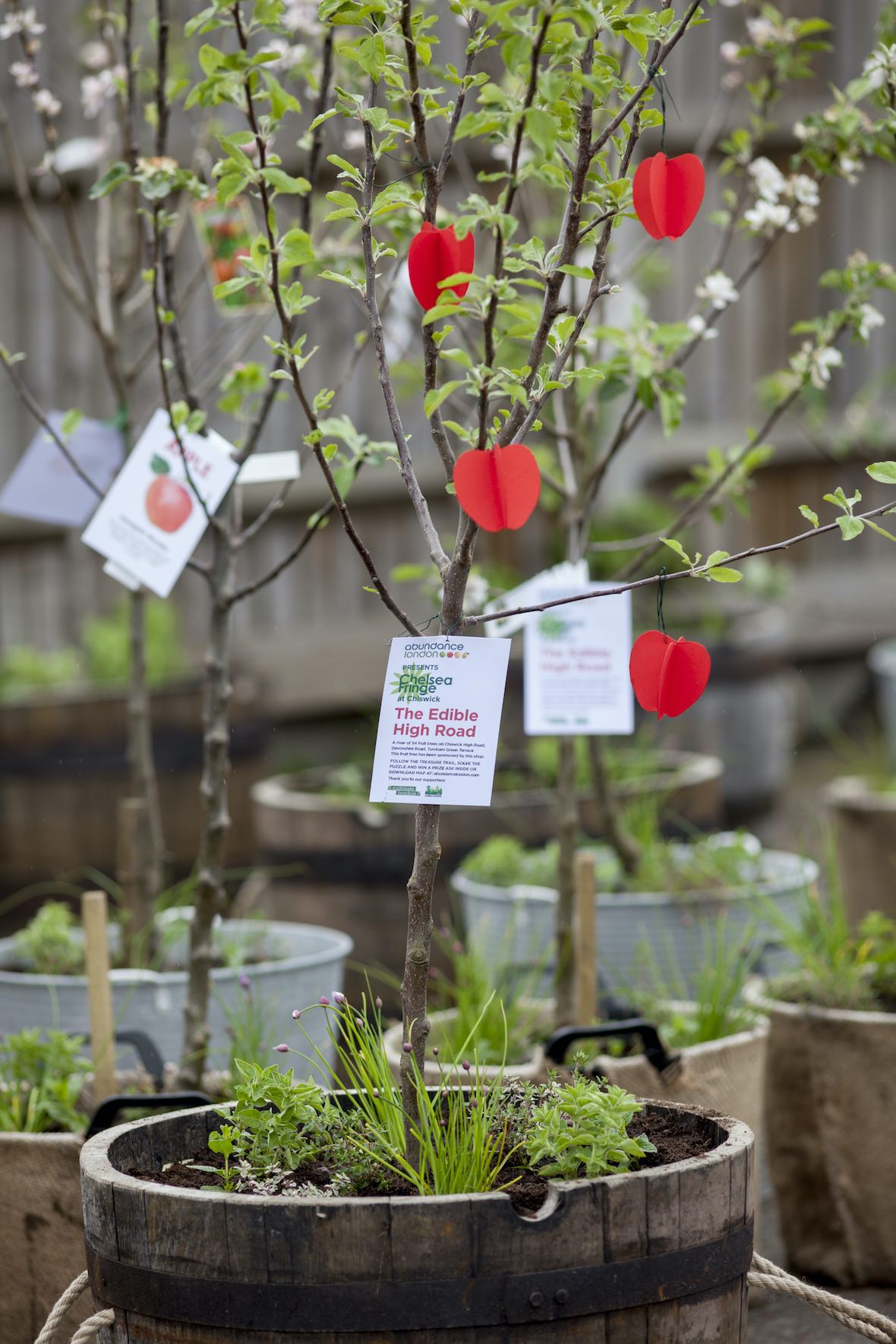